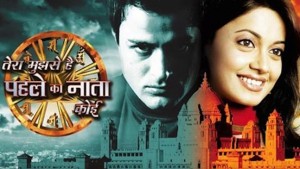 The story deals with the journey that our young protagonist, Tashi has to take. From being an innocent participant of a beautiful and protected life, she becomes the victim of a devious plan laid out elaborately by the handsome Arjun. All of twenty one and bubbling with energy, Tashi has grown up in the lush valleys and mountains of Manali. Brought up by her father Adheer Singh single handedly after her mother’s demise when she was just three years old she has developed a very high opinion about him and idolizes him as her hero. She is loving, polite, well mannered, helpful and ethical – qualities she has imbibed from her father. She believes in textbook romances and that no one can be as committed as her dad for the simple reason that he still loves her mother, Rohini seventeen years after her death. She helps her dad with his restaurant business. Having grown up with her father as her only family, she hopes to get married into a family where she can enjoy other relationships that she has seen around her but never got a chance to experience. She is a great cook and a homely personality. Rohan is her best friend and although they are constantly fighting and bickering over the smallest of things and yet cannot stay away from each other. A whirlwind romance with a handsome stranger, Arjun, leads to a hurried marriage and then she stumbles upon a lie that Arjun had told her – that he does not have a family. Tashi realizes that she has married into a royal family of Rajasthan … a family shrouded in mystery and hiding dark secrets which posed a constant danger to her life. Soon enough, Tashi discovers the murky truth about her in-laws and most importantly a curse that threatens to shatter her present and future. Relationships and equations of her near and dear ones change dramatically as truth starts rearing its ugly head. She finds herself trusting and mistrusting almost everyone around her. In the face of such extreme adversities, Tashi discovers courage to take on the might of evil and emerges victorious in her bid to save herself, her husband and her unborn child. This is a story set in the picturesque locales of Manali and Rajasthan and unfolds with unique twists and turns which along with Tashi takes the viewers into a maze where reality and the occult converge into a thrilling and riveting journey of discovering the truth.