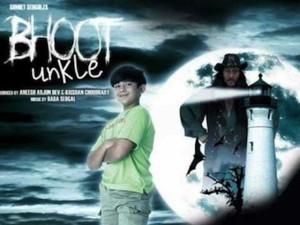 Bhoot Unkle is a Bollywood supernatural comedy film which released on 6 Oct 2006.The film was directed by Mukesh Saigal, who is brother of pop singer Baba Sehgal. It starred Jackie Shroff in lead role. The movie was a success in small run at box office since it was made at low budget. The sequel was also made as Bhoot Unkle 2. However it was released on television.