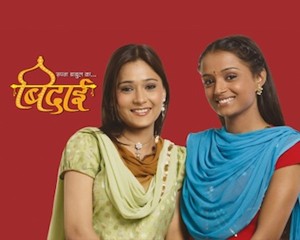 It was the story of a middle class father’s tryst with society to get his not-so-beautiful daughter. The show ranked 6 in star plus top 10 shows of all time.​

Since September 2010, the show is aired on an Afghan television channel called Ariana TV, where the drama is translated into Dari Persian. It was named Culoarea fericirii in Romania and premiered on 7 November 2010 on National TV.