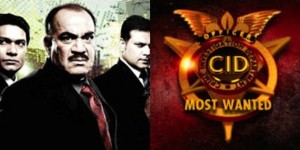 CID is a crime series produced and Directed by Mr. B.P.Singh. The series revolves around an honest and brave cop ACP Pradyuman and his team. This episodic series which used to air only once a week initially has gone up to airing thrice a week. The second in command characters like Sr. Inspector Abhijeet, Inspector Daya have become heroes among children. The series is in its fifteenth year without a break.

Virendra Shahaney also wrote the Guinness Book Record Holding episode of CID which was one single shot of 111 minutes.