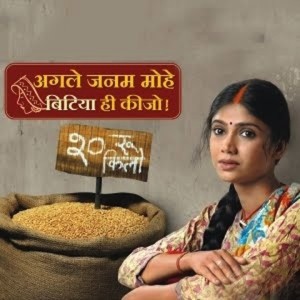 Agle Janam Mohe Bitiya Hi Kijo was a series based on the story of an impoverished teenage girl who agrees to get sold to a rich landlord to support her family. It premiered on March 16, 2009 and aired every Monday to Thursday at 9:30 pm IST on Zee TV. It garnered high TRPs for Zee TV.

The main protagonist Laali became a household name during the run of the series and her never-say-die spirit inspired a lot of young women in the country.