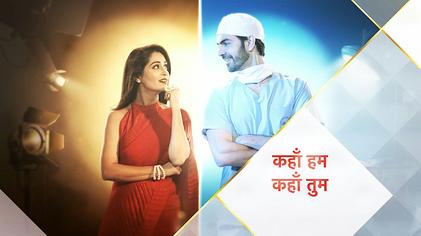 Rohit Sippy is a successful cardiologist; calm and practical, he swears by logic and science. Sonakshi Rastogi is a popular television actress; chirpy and vivacious, she lives in the world of fiction and magic. Dedicated in their own fields, the two are broken souls with troubled pasts. They meet and start off on a conflicting note, unable to understand each others’ worlds which are poles apart.

Slowly, Rohit and Sonakshi start seeing each other in a new light, forming a bond of support and friendship. With time, Sonakshi falls in love with Rohit. Guilt-laden and unable to move on from Raima’s memories, Rohit refuses to accept having fallen for Sonakshi but eventually realises and accepts his feelings.

Meanwhile, Raima wakes up from coma after four years. Stubborn and accusive at first, she later understands Rohit and Sonakshi’s love and accepts being his past. Free from his guilt, Rohit reunites with Sonakshi. In between plotting, blames and misunderstandings; they get married.