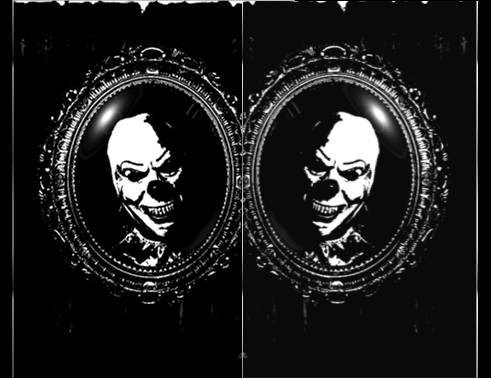 He froze in fear as he felt there was someone in his room.

It was around 11.30 in the night and he had turned in a little earlier than usual. Tomorrow was a big day for him. He had a job interview scheduled at 9.30 AM – a big opportunity that he had been longing for. “If I clear this interview, life would open a golden door for me.”  He had repeatedly told this to himself during the day. And a sense of anticipation had excited him through the evening so much that he had felt he would not be able to sleep at all. But he knew better. He wanted to rest well and be his best self in front of the interviewer. So he turned in early.

But as he lay in bed in his tiny bedroom filled with darkness and silence, a coarse whisper called out to him – “Hey…y…y…y!”

The whisper sent a shiver down his spine. He briefly peered out his blanket but saw nothing. Reassured, he closed his eyes and tried to sleep. But then he felt a presence next to his bed. There was indeed someone in the room and it wasn’t visible. And it breathed, exactly the way he did now – heavily and slowly.

“Who are you and why are you telling me this?” he managed a question. He could hear his own voice tremble.

“…Because you don’t deserve it!”

“W…why do you say so? I have worked hard for this!”

“Everyone says that! But in your heart you know that you are no good, don’t you?”

This question from the entity shook him – It was true.

“Yes, I know…” he confessed in a guilty tone, “But how you know my secret, who are you?”

There was no answer.

‘Who aaaa…are you??” he screamed as he began to shiver with emotions.

But there was no answer again, only a still silence. Whoever it was, it was gone.

He lay in bed, trying to take control of his feelings. And thinking about what he should do. Then he turned on the lights and looked around. There was no one in the room. He slowly slipped out of bed and went to the bathroom. He stood in front of the mirror and he saw a face in it but it wasn’t him. It was something dark and ugly. Only it breathed exactly the way he did – heavily and slowly.

Then he recognized him – ‘Oh my God! It was the monster again!’

He remembered the monster from his past that stopped him every time he started walking towards his dreams. Every time it came, it came in a different, almost unrecognizable, avatar. So he missed it even today.

He was now scared. Because every time the monster came, it defeated him and killed his dreams.

Scared and angry, he grabbed the heavy shampoo bottle from the shelf and swung it to hit the monster in the mirror in front of him. But the next moment, he stopped.

“This wasn’t the way to kill it! Today he must defeat him with a different weapon, which will finish him off once and for all.”

He composed himself, gently placed the bottle back, and looked back at the mirror. The ugly monster stared back at him with an evil smile – almost ridiculing him for his confusion and helplessness.

He looked at him and smiled back. The monster in the mirror looked scared now – as if an unknown force was grabbing him by the hair. And then it shattered into pieces inside the mirror. A coarse scream could be heard from a distance in the silence of the night.

He continued to smile and headed out of the bathroom. At the door, he turned and noticed the mirror that remained intact. He said sheepishly, “Thank god! I am going to need you tomorrow morning – I have an interview to crack and I must look crisp for it.’

He came back to bed, turned off the lights, and eased into a sound sleep. Tonight, he had killed the monster called self-doubt with a weapon that works best against it – a confident smile.