Your weakness can be your strength 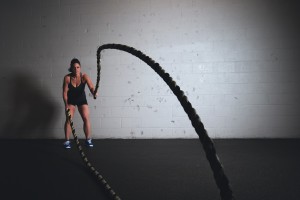 Once upon a time in Japan, there was a young boy. He wanted to learn Judo so he enrolled for a class with the best Judo master in the area. But then, destiny played foul and the boy lost his left arm in a car accident. The boy was devastated. He thought he would never be able to learn Judo which was his lifetime passion. But his master had other plans. He asked the boy to start his lessons. He said your weakness can be your strength. The boy did not understand but he enrolled.

When training started, the boy realised that he was not completely hopeless after all. He picked up the first lesson fast. He was encouraged and wanted to move onto the next lesson. But the master made him practice the same move over and over again. Three months passed, then six and then an entire year passed. But the master did not teach him any other move. The boy was getting frustrated.

One day he gathered courage to ask the master, “Sir, when will you teach me another lesson?”

“Do not be distracted. Practice more and master this move first. And do not forget, your weakness can be your strength.” the teacher replied.

The boy was confused but he had no option but to continue as the master instructed. He continued to practice the same move everyday. Another year passed and then the master took him to participate in a tournament. The boy could not understand. “How can I take part in a tournament knowing only one move, sensei?” he asked. But the sensei did not answer. He just asked the boy to contest.

Surprisingly, the boy won the first and the second round. He could not believe his luck. In the third and the final round he was to fight the defending champion. He was bigger, stronger and more experienced. The boy was not sure if his luck would still help him. But then, something amazing happened. The boy defeated the champion too. He was the new champion now.

While returning home, the boy asked the master, “I still don’t understand how I won against those masters with just one move?”

The sensei replied, “You won for two reasons. You practiced the same move for two years and you are the master of that move. And second, in order to beat you in that move your opponent needs to grab your left arm. ”

The boy now understood the meaning of what the master had told him before he started, “Your weakness can be your strength.”