The Empress and The Mangoes 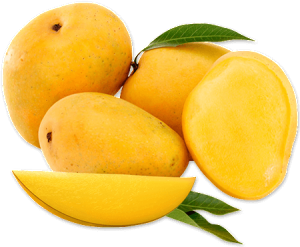 It was the summer season. Akbar and his Begum were sitting on the palace’s terrace. The Emperor and the empress were relishing upon the fresh ripe juicy mangoes. Birbal, the favorite companion of Akbar was also sitting there and chatting with them.
Akbar was relaxed and in a mood for fun. The Emperor decided to tease his Begam. He ate the mangoes and placed the left over skins and stones in front of his Begam. Soon a big heap of skins and stones of the mangoes, eaten by both of them, was formed before the Empress. Whereas, no stone or skin was seen in front of Akbar. Totally unaware of it, the Empress was busy in eating the mangoes.
Just to embarass the Empress, Akbar pointed towards the big heap of stones and skin and said, “Look Birbal! How much hungry is your Empress. She ate so many mangoes all alone!”
The Empress was very much embarassed by Akbar’s sudden remarks. However, Birbal could not tolerate the Emperor’s dishonesty.
“I beg your pardon, Your Majesty! It seems that you are much more hungry than the Empress. She ate only the pulp of the mangoes, but you did not even spare the skins and stones,” said Birbal, pointing towards the clean space in front of the Emperor who was still eating the mangoes. Free from her embarassment, the Empress giggled while Akbar was tongue-tied.