My mother-in-law, my student 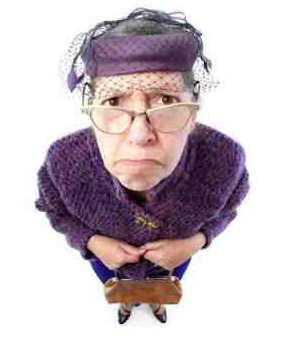 It all began recently, when my in-laws visited us in Los Angeles.

My much adorable mother-in-law who is just like my own mom was startled to see this beautiful city of dreams. Hollywood was not an alien word for her but witnessing it through her own eyes made her believe that it existed. Whenever we visited the city, the toy-like houses and astonishing gardens of LA brought a sweet sparkle in her eyes. The hustle bustle of the city attracted her a lot and ever-smiling Americans became a part of her daily conversation.

There was only one thing that bothered her- she couldn’t speak English!

Soon, I started her lessons and believe me I enjoyed it more than her.

I requested her to start speaking in English for very ordinary daily conversations with us, which she instantly agreed to. She is a very intelligent woman so she grasped things fast without much difficulty. I taught her about crafting sentences, using correct tense and there she was, asking me zillions of things in English by making quick sentences.

I must mention here that she is an amazing cook. Hence, one day, I asked her to tell me about one of her best recipes – Bhindi Masala.

She started in English with – “Take Bhindis, (I interrupted to let her know that Bhindi in English is lady fingers), then some Potatoes, cut Lady fingers long long, cut round Potatoes, put corriander powder, red chilli, garam masala, Amchoor, Turmeric powder, Salt, in Bhindi- no sorry Lady fingers, then put oil in a kadhaai (I gently told her to call it Pan), then put cut onions (I suggested the word ‘chopped’), put Lady fingers and then Potatoes and keep it… don’t stir it, keep it on low… after 30 minutes use palat do. (I said, you could say topple it once after 30 minutes.)… then your dish is ready!”

As she finished I realized that she had missed a few stages of cooking this recipe.

My father-in-law who has a good sense of humour, instantly said “English mein ye sabzi jaldi banti hai.”  (This dish gets ready faster in English.)

She did not mind the joke and we all had a good laugh.

Soon, it became our daily exercise to converse in English at least 10 times. I often asked her to tell me about things she did through the day, and she spoke with a lot of enthusiasm.

Since we live in a Resort like society, she was enthralled to see the big swimming pool and two Jacuzzis. One day she went swimming with me and enjoyed the Jacuzzi. Later that evening I asked her to write a few things about how she felt about her new learning. The very first line that she wrote was – ‘My daughter in-law is very strict.’

I burst out laughing… actually everyone in the family was giggling. She was rolling on the sofa too and it felt really good to see be such a good sport. I read further and couldn’t understand one word – ‘gokujee‘.

“What is a gokujee” I wondered.

After a little thought and reading aloud I couldn’t control myself and I laughed again. Of course it was a sweet laugh on her innocence (Not making fun of her believe me). ‘Gokujee’ was in fact ‘Jacuzzi.’

I loved her for her cuteness and continued teaching her. We often laughed at her cute mistakes but she was very brave and didn’t mind being ridiculed by us. Of course, she knew we were not making fun of her but actually laughing at her hilarious pronunciations.

Oh My God!!! It was interesting to be at these places with her. Every time we asked her how she felt being there – she took off. She loved Las Vegas because in her words “it was very, very, very beautiful place, there were pretty girls, lights and big shops!” Even now as I write about her she is telling me about things from the kitchen.

I feel nice that I taught her something useful, at least something, which is too small in comparison to several important cooking, and life lessons she gives me everyday without even asking! And the biggest lesson that she has taught me now is that there is no right age for learning something new.

“You never grow too old to learn.”

Honestly, I love her and plan to teach her more because ‘I am a strict daughter in-law.’