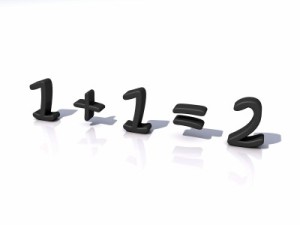 “Within a few seconds student replied confidently, “Four!” The dismayed teacher was expecting an effortless correct answer (three). She was disappointed. “Maybe the child did not listen properly,” she thought. She repeated, “Son, listen carefully. If I give you one apple and one apple and one apple, how many apples will you have?”

The student had seen the disappointment on his teacher’s face. He calculated again on his fingers. But within him he was also searching for the answer that will make the teacher happy. This time hesitatingly he replied, “Four…”

The disappointment stayed on the teacher’s face. She remembered that this student liked strawberries.

The young student calculated on his fingers again. There was no pressure on him, but a little on the teacher. She wanted her new approach to succeed. With a hesitating smile the student replied, “Three?” The teacher now had a victorious smile. Her approach had succeeded. She wanted to congratulate herself. But one last thing remained. Once again she asked him, “Now if I give you one apple and one apple and one more apple how many will you have?”

The teacher was aghast. “How son, how?” she demanded in a little stern and irritated voice.
In a voice that was low and hesitating the student replied, “Because I already have one apple in my bag.”

The teacher was speechless.

Moral: When someone gives you an answer that is different from what you expect don’t think they are wrong. There may be an angle that you have not understood at all. You will have to listen and understand, but never listen with a predetermined notion.