lesson from a taxi driver 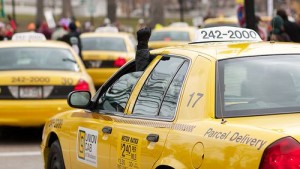 A woman hopped in a Taxi and took off for the Airport. The taxi driver was a quiet man, he did not speak to her and she kept busy with her work on the laptop. As they were crossing a lane, suddenly a black car jumped out of the cross and came right in front of the taxi. The taxi driver slammed on his brakes, skidded, and missed the other car by just inches! The driver of the other car whipped his head around and started yelling at him.

The woman was fearing that a scene would be created on the road. But the taxi driver just smiled and waved at the guy in a friendly manner. The car driver drove away shouting abuses but the taxi driver was cool as he took off again. Surprised as his calm behaviour, the woman asked, ‘Why were you so cool? That guy almost ruined your car and abused you!’ This is when the Taxi driver smiled and told her about, ‘The Law of the Garbage Truck’

He explained that many people are like garbage trucks. They run around full of Garbage, full of frustration, full of anger, and full of disappointment. As their Garbage piles up, they need a place to dump it and sometimes they dump it on you. Don’t take it personally. Just smile, wave, wish them well, and move on. Don’t take their Garbage and spread it to other people at work, at home, or on the streets.

The bottom line is that successful people do not let Garbage Trucks take over their day. Life is Ten percent what you make it and Ninety percent how you take it!

Have a garbage-free day! And please do leave a comment.