I want to tell you about my Hero... 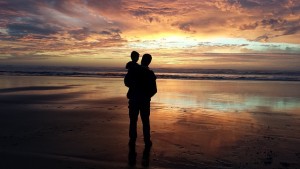 He had battled dragons, giant snakes and man eating dinosaurs. He was a master of every weapon available to man and a skilled pilot. He was invincible and always lived to fight another day. He had faced death countless times, yet knew no fear, until today…

Jed was your average child, an over active imagination, hands that would not remain idle and questions that flowed like a river in a flood. As bedtime approached he would hop into bed and wait, wait for a whole new world to open up as dad would come to tuck him in and tell him a story. In every story, Jed was the hero, and in every story Jed was in control, or so he thought. Every story began with the same words” I want to tell you about my hero, ….”

It had been many years since he last heard a story; he was grown up, married and a father. He never spent much time with his family, always at the office or in a meeting. He walked into the hospital room, filled with all kinds of emotions. He looked down on the bed, where an old man lay and the tears kept streaming down his face. Dad had been sick a while now, and it seemed that this time, he would not pull through.

He remembered all the times dad had encouraged him, comforted him, with a simple story. They looked at each other, and for the next hour they laughed, cried and just held hands.

”I know now that all the stories you told me, I was the hero because you were the storyteller, and as long as you told the story, I would always be safe. It is because of you that I am what I am today, confident and never fearful” and those were the last words they spoke.

He walked into his son’s bedroom that night, looked at him fast asleep, ruffled his hair and just stood there like he knew his dad did when he thought that Jed was asleep. His son awoke, Jed took him by the hand said, “I want to tell you about my hero………”