A worthy man will become the emperor... 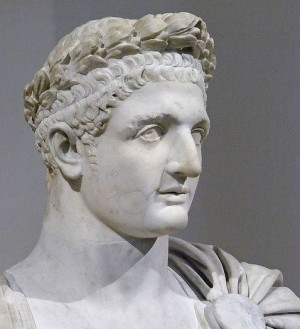 Once upon a time there was a king. He ruled his country with great courage and integrity. So, when he got old, he started looking for a successor from among his kingdom’s young men. But how could he find a worthy man to rule his kingdom?

Then he came up with an idea. He invited all the eligible young men from his kingdom and gave them a seed each. He told them, “My dear fellow men, I give you a seed to plant. Go home with these seeds and plant them, nurture them and come back to me in a year’s time. I will then decide who among you is a worthy man be the next king of my people.”

All young men left with a seed in hand and enthusiasm in heart.  They all wanted to bring back the healthiest tree possible.

One of the young men was Jeeshan, a fellow with a small build and innocent face. When he came home with the seed, he told his mother all about the king’s test. And then, he carefully planted the seed in a pot. From next day, he watered the seed with great love and care. Days passed, then weeks and then months. But his seed did not grow. Jeeshan became worried. He checked with his friends and other young men but they all told him about their growing plants. Some described them as beautiful, some as strong. When Jeeshan told them about his problem they made fun of him.

“I may not be a worthy man after all!” Jeeshan thought to himself.

But he did not give up and kept watering the seed. And then, the year passed without any result. His pot was still empty.

On the stipulated day, young men from all around the kingdom gathered in the royal garden to showcase their beautiful plants. Jeeshan’s mother did not want him to go but Jeeshan had insisted that he would face the situation and won’t hide the truth. When people saw his empty pot they made fun of him. They laughed at him making jokes about his failure.

Soon the king arrived. He surveyed the gathering and was amused to see so many young men there with different kinds of plants. Jeeshan was trying to hide behind the crowd but he could not save himself from the king’s gaze. When the king saw him, he ordered his guards to get him to the front. As guards grabbed Jeeshan and led him to the king, there were whispers among the young men that the king will punish Jeeshan for his failure.

But the king softly asked Jeeshan his name. And then he announced, “O my dear young men. We have found a worthy man. Hail your new emperor, Jeeshan!”

There was a pin-drop silence. Nobody could believe their eyes and ears as the king hugged Jeeshan.

Even Jeeshan couldn’t believe it. He couldn’t even grow his seed. How could he be the new emperor?

Then the king said, “One year ago, I gave everyone here a seed. I told you to take the seed, plant it, water it, and bring it back to me today. But I gave you all boiled seeds, which would not grow. All of you, except this boy, have brought me trees and plants and flowers. When you found that the seed would not grow, you substituted another seed for the one I gave you. You all cheated to become the emperor. But this boy was the only one with the courage and honesty to bring me a pot with my seed in it.”

“Therefore, he is a worthy man. He will be the new emperor!”