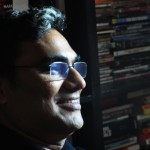 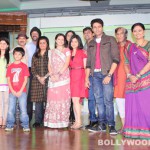 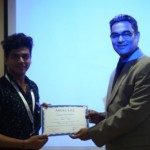 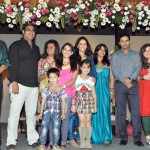 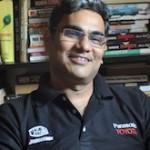 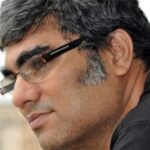 Virendra is a screenwriter, author and entrepreneur.

In a career spanning over two and half decades, Virendra has written many Top Rated TV Shows like CID, Aahat, Bidaai, Uttaran, Adaalat, Parrvarish, Sasuraal Simar Kaa and Kahaan Hum Kahaan Tum. Most of his shows are household names in India with millions of viewers. You can view a summary of all his shows here.

In 2010, Virendra took charge as Head of Fiction programming at Sony Entertainment Television. During his three year tenure, Virendra contributed to the channel’s rise to an impressive no. 2 position with shows like Parrvarish, Adaalat, Saas Bina Sasuraal, and Dekha Ek Khwab among others.

Virendra’s first novel “Moonwalker” is now available in Bookstores. His second novel, “The Visible God” is going to release soon.

Virendra produced “Mein Naa Bhoolungi” – a social thriller which aired on Sony Entertainment Television. He is the founder and CEO of digital content company  “Web Talkies” which won the recognition as “Digital Content Company of the Year 2016, Silver” by creating highly popular web-shows like “Maid In India” and “CM CM Hota Hai”. “India’s first Online-only Feature Film “You Me Aur Ghar” featuring Omakar Kapoor was produced by Web Talkies. Virendra has also invested in two start-ups which operate in fields of Entertainment post-production and e-commerce.

Virendra is an explorer of life. He has varied interests and he makes it a point to find time for everything he is passionate for. He is a FIDE rated Cheass-player,  a Self-taught Musician, Stock Market Chart Expert, and Programmer of Web Applications. He is a student of Philosophy, Physics, and Psychology. His goal is is to crack the Mystery of our existence.

Virendra was born on Oct 6th, 1974 in Jabalpur, a mid-size district in the central Indian state of Madhya Pradesh. He went to school in Balaghat, a small rural district about 180 Km. from his birthplace.

After completing school education in Balaghat, he studied engineering in Madhav Institute of Technology and Science in Gwalior, MP.

It was in 1995 that he decided to pursue storytelling. It was a tough call looking at his rural, Hindi speaking, middle class background. He started out as a complete outsider in entertainment industry in an alien Metropolitan, Mumbai. Today, he is a successful storyteller with an impressive body of work to his credit.